The Importance of the Cross 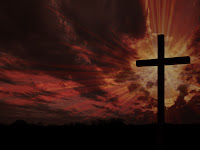 The Importance of the Cross

Fundamental to the teaching of the Mountjoy Bible School is the centrality of the cross of Christ. Paul, the theologian par excellence wrote: “For I determined not to know anything among you except Jesus Christ and Him crucified”. (1 Cor. 2:2)

A Decease to be accomplished

The death of the Messiah, Jesus of Nazareth, is the event that stands out above all other events of history. It was a decease that He accomplished. Although constantly threatened with assassination and summary execution, He declared the impossibility of Him dying anywhere but Jerusalem, and at any time other than Passover. Even, in the face of a detachment of Roman infantry, at the very time He had diarised for His death, He was adamant that He could still escape if He wished to; legions of angels would come at His call. He had boldly stated, “I lay down my life … no-one takes it from Me, but I lay it down of Myself”. He had also added, “… that I might take it again. I have power to lay it down, and I have power to take it again.” (John 10.17,18)

This identifies an element that requires us to step back and marvel. Not only was His death voluntary, at a pre-determined time and place, but His resurrection also. He had to die in the year prophesied by Daniel (Dan.9.25), that is 483 years after the edict to rebuild Jerusalem—and it had to be at Passover as the Paschal Lamb in accordance with the prophetic element of the Feast calendar—and He had to rise on the Feast of Firstfruits as the firstfruit from among the dead, for a similar reason.

The decease that He accomplished ranks as a work of enormous value inasmuch as by it He appeased the wrath of God, provided expiation for sin and compensated His Father for all loss and damage received at the hand of humankind. He provided means for sins to be forgiven and sinners to be cleansed. The work of the cross has a quality that satisfies a righteous God and eases the conscience of man.

The Shadow of the Cross

As the shadow of Peter transmitted health to those who were touched by it, so the cross provides benefit and blessing to those who acknowledge its worth and shelter in its shade. The ‘towering cross’ (as Bowring put it) throws a long shadow forward and is able still, to touch lives in every community. But its shadow reaches back in time also. In the ancient counsels of the Godhead, the cross featured largely.
Peter wrote that Jesus was foreordained before the foundation of the world to be a sacrificial lamb. (1 Pet.1.19,20)
And those that seek shelter in the cross of Christ are spoken of as chosen in Him “before the foundation of the world”. (Eph.1.4)
These truths are clearly within the wider context which was revealed in His prayer to His Father when He asked, “O Father, glorify Me together with Yourself, with the glory which I had with You before the world was”. (John 17.5)

The Shadow of the Cross in Genesis 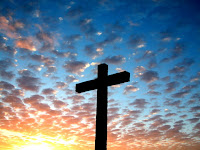 When God was announcing the remedy for the treachery of the serpent in the Garden of Eden, He said the Serpent would bruise the heel of the seed of the woman. This prophetic image indicated that the Son of God, who would be the seed of the woman, would suffer at the hands of the Serpent, although the contest would ultimately result in the defeat of Satan. Because God is omniscient, that is all wise, it must be that He works to a plan. The plan was that He Himself, in the person of God the Son, would be incarnate. He would suffer and die to accomplish the redemption of humankind.

There is a hint of it in the meeting of Abram and Melchizedek. The High Priest Melchizedek, a shadowy figure granted to prefigure the eternal priesthood of Christ, came to Abram with bread and wine. Bread and wine were the elements that Jesus the Messiah consecrated to His own high purpose just prior to His execution.
The shadow of the cross can be seen much clearer in Abraham’s encounter with God recorded in Gen. 22. The Lord had been relating and inter-reacting with Abraham for many decades. With each encounter Abraham was being groomed to know a little more of the mind of God, and be brought more into conformity with the character of God. Now, in his old age, Abraham was privileged to be tested in a way that would reflect the work of God the Father when the Son of God had to be offered up as a whole burnt offering on the altar of Golgotha. Abraham answered the call of God in verse 1 with the word ‘hineni’. Translated ‘here am I’ it indicates readiness, receptivity and responsiveness to instructions. The word ‘hineni’ is a refrain in the whole episode. Abraham employs it to answer God in v.1, to reply to Isaac in v.7, and to the angel of the Lord in v.11. The call came from the true, personal God, “Take now your son, your only son Isaac, whom you love, and go to the land of Moriah, and offer him there as a burnt offering on one of the mountains of which I shall tell you.”

Here then, is the first mention of love in the T’nach, and it is a father’s love for his son. The test required Abraham to totally abandon his son to death. Isaac was the son in whom the hope of the world rested. The promises of God were encapsulated in this boy. Could Father Abraham embrace the will of God and enact a sacrifice that would typify the sacrifice that God the Father would be required to make? Abraham totally accepted the command of God and was ready to surrender his son to the will of God, yet knowing in his heart that the promises of God were inviolable and would hold firm.
Of course, God did not require human sacrifice and provided an animal for Abraham to offer on the altar, thus cementing the principle of substitution. In such a way, Abraham was permitted to prefigure to the Jewish nation, the code that would underpin their salvation.
There is a sweet touch in the narrative when Isaac, ignorant of the intention of Abraham, asked to see the sacrificial lamb. Abraham replied, “My son, God will provide himself a lamb for a burnt offering”, or better, “God himself will provide the lamb for a burnt offering”, as the RSV translates it. Nevertheless, the truth that will be evident at Calvary is that - God Himself will provide the lamb, together with - God will provide Himself a lamb - that is, God, in the person of the Son will voluntarily die as the Lamb which bears away the sin of the world.

Posted by Mountjoy at 7:06 PM 0 comments