What about the Bible?

In the last blog we raised the question, 'are the biographies of Jesus reliable' and considered John's gospel, which contained the record of an eye-witness. This time we will examine Luke's biography, who obtained his material from those personally involved with Jesus.
The biography written by Luke
It is widely accepted that Luke was an educated Greek, and a doctor by profession. He wrote two books; the first giving a history of the life of Jesus of Nazareth from His birth to His death and resurrection; the second describes many of the events experienced by the early church during the first thirty years of its existence. The two books together, his gospel and the Acts of the Apostles, account for some forty percent of the New Testament. The value of his contribution to the canon of Scripture cannot be over-estimated.
Luke, begins his gospel, by claiming that because of the information and knowledge that he had at his fingertips, (as a result of contacts and relationships), he was well suited to write a biography of the Messiah. He said, “Inasmuch as many have taken in hand to set in order a narrative of those things which have been fulfilled among us, just as those who from the beginning were eyewitnesses and ministers of the word delivered them to us, it seemed good to me also, having had perfect understanding of all things from the very first, to write to you an orderly account, most excellent Theophilus, that you may know the certainty of those things in which you were instructed.” (Luke 1:1-4)

Luke's record as an historian
Since Luke’s contribution to the New Testament is substantially that of an historian, we can narrow our question a little further. In this specialist field what is his reputation? The answer is, that his ability as an historian has been amply documented. There are numerous instances where he refers to rulers and historical events in his two books. These can be, and have been, tested from other sources. Invariably they have been found to be accurate. Examples include:
(i) a reference to Philippian rulers as ‘praetors’,
(ii) his choice of the word ‘proconsul’ as the title for Gallio in Corinth (Acts 18.12),
(iii) his describing of Publius as ‘the leading man of the island’ in Malta (Acts 28.7), and
(iv) his use of ‘politarchs’ to denote the civil authorities of Thessalonica. (Acts 17.8)
He gets no less than fifteen Roman governor titles right. His accuracy extends in other directions also. For example, the description of his sea voyage with Paul to Rome, and their shipwreck on Malta, in Acts 27, has been called "one of the most instructive documents for the knowledge of ancient seamanship" that we possess (Holtzmann).
Sir William Ramsay, Professor of Classical Art and Architecture at Oxford University, an eminent archaeologist and holder of numerous doctorates said, the account of the voyage as a whole is commonly accepted by critics as the most trustworthy part of Acts”.
The distinguished Roman historian A. N. Sherwin-White said of Acts: “Any attempt to reject its basic historicity, even in matters of detail, must now appear absurd.” The historical accuracy demonstrated in the Acts of the Apostles has been widely accepted, but the question remains, can we be as confident about his record of the life of Jesus? F. F. Bruce, a highly respected Classical and New Testament scholar, can answer this query for us. “A man whose accuracy can be demonstrated in matters where we are able to test it is likely to be accurate even where the means for testing him are not available. Accuracy is a habit of mind...Luke's record entitles him to be regarded as a writer of habitual accuracy.” In other words, Luke’s biography of Jesus can be trusted.
Posted by Mountjoy at 6:41 PM 0 comments

What about the Bible (Continued)


In the last blog we asked if the Biblical record of the life of Jesus was reliable. This is the question we should now consider.
The biographical material of His life is contained in the first four books of the New Testament. It is right to ask, what kind of evidence is it? Is it written by eye-witnesses, or at least, does it contain eye-witness testimony? Furthermore, if it is eye-witness testimony, are the witnesses themselves honest and reliable, and neither deceived nor deceivers. And we need to be sure that the original records have not been tampered with between when they were written and now.
Q.1. Are the biographies of Jesus eye-witness accounts?

What we are asking here is, do we have in the New Testament, material that is written by people directly involved in the events they record? Where this is not the case, did they get it from those immediately involved? The answer is ‘yes’ and ‘yes’, that is, we have a substantial amount of eye-witness testimony, as well as reported records of eye-witnesses.

Of the four books of the New Testament that record the life of Jesus, the first and fourth are by eye-witnesses. The authors of these books are Matthew and John respectively. They were two of the group of twelve that accompanied Jesus during His three years of public ministry. The two other biographies were written by Mark and Luke. Mark, was well placed to write a biography because he was closely connected with the life of Jesus. From the very beginning he was involved because his mother was one of the wealthy women that supported the Messiah. Their home was often used by Jesus and was the venue that Jesus used to celebrate the last supper. This home of the family of Mark became a centre for the new Jesus movement. The apostle Barnabas was his uncle. Luke was also well supplied with eye-witness material, having been associated with the apostles for decades. Much of his material was supplied by Peter, the apostle to the Jews. Mary, the mother of Jesus, also acted as a source for Luke. This accounts for the personal details about the birth of Jesus that he was able to include. Let us look a little closer at two of the gospel writers.
The biography written by John

John's gospel specifically claims to be a direct eye-witness account. We have his plain statement at the end of his gospel declaring: “This is the disciple who testifies of these things, and wrote these things; and we know that his testimony is true”. (John 21:24). And when there are instances where the facts might be questioned, he gives additional assurances. For example, when the side of Jesus was ruptured with a spear, and blood and water flowed from the wound (John 15.34), John added a triple affirmation. First, that he saw it; secondly, that he wrote it accurately; and thirdly, that his own conscience confirmed the accuracy of his narrative. He wrote, (i)“he who has seen has testified”, and (ii) “his testimony is true”; and (iii) “he knows that he is telling the truth, so that you may believe”. (John 19:35)
This eye-witness flavour to John’s gospel has been accepted by some experts who are experienced in assessing ancient literature and sorting the genuine from the imitation. A.T. Olmstead, who was Professor of Ancient and Oriental History at the University of Chicago, said, the story of the ra 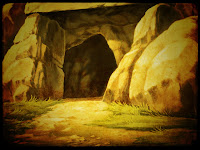 ising of Lazarus in chapter 11 had "all the circumstantial detail of the convinced eyewitness", and the record of the race to the empty tomb in chapter 20 is "told by an undoubted witness - full of life, and lacking any detail to which the sceptic might take justifiable objection." Archbishop William Temple is another who came to a similar conclusion and commented: “It is most manifestly the record of a personal memory. Nothing else can account for the little details, so vivid, so little like the kind of thing that comes from invention or imagination.”
Writer Frank Morison was drawn to the biographies of Jesus, and planned to write an essay on the trials of Jesus before Annas, Caiaphas, the Sanhedrin and Pilate. He intended to call it, ‘Jesus the Last Phase’. He considered Jesus an individual of integrity with high moral standards, but who had been elevated by His followers to a figure of legend. However, studying the gospel records changed his mind. Confronted by undoubted eye-witness accounts he acknowledged that the records were historically correct and that Jesus really did rise from the dead. Convinced by the evidence, he wrote ‘Who Moved the Stone?
John, the eye-witness
To support his claim that he was an eye-witness of the ministry of Jesus of Nazareth, John includes in his biography those passages where he speaks of his presence in the company of Jesus. Using a third person description of himself, (‘the disciple whom Jesus loved’), he tells us:
(i) He was at the table on Passover night when Jesus celebrated a last Passover meal with the disciples, (chapter 13). During that meal, after Jesus had said He would be betrayed, he and Peter exchanged looks and words. Moreover, he witnessed the identification of Judas as the traitor, and heard Jesus despatch him with the words, “What you do, do quickly.” (13:27)
(ii) The following morning he accompanied Mary, the mother of Jesus, to the crucifixion site and received a word from Jesus to care for her. (19:26,27)
(iii) As previously intimated, he was early to the empty tomb on resurrection morning, (20:1-9) and
(iv) also present when the risen Messiah appeared to the disciples by the Sea of Galilee (chapter 21).
So let us frame the question plainly; do the records read as if they are true? In the opinion of this writer, they do. There are no internal contradictions, nor is there any variance with the other biographers of the life of Jesus. Each of the authors give the same facts from a different perspective, yet remain in perfect agreement. Furthermore, these biographies were in circulation during a period when many of the contemporaries of Jesus were still alive. Even His enemies, the Sanhedrists, never disputed that Jesus performed miracles, and did the things reported. They put a different spin on His life, of course, calling Him a sorcerer, but the facts recorded by the gospel writers were never disputed.
In the next blog we will consider the biography written by Luke.

Posted by Mountjoy at 3:56 PM 0 comments