New Books from the pen of Bryan W. Sheldon 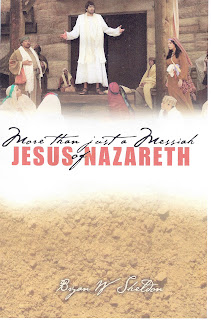 Jesus of
Nazareth :More than
just a Messiah.


About the book:
The life of Jesus of Nazareth has divided history into two. His influence has been felt all around the globe. His followers number millions. His teaching has guided nations. What was there about Him that should have such an enduring effect? The key to the answer lies in who He was. The Church has long held that He was God revealed in flesh - “the Son of God, the only-begotten of the Father, that is, of the substance  of the Father, God from God, light from light, true God from true God, begotten, not made, of one substance with the Father.” This belief has come under attack once again. This modest volume offers some Biblical evidence in support of the doctrine of the deity of Christ in the hope that some will find it helpful in repelling the arguments of those who wish to diminish the One who died for the salvation of sinners, at the same time strengthening an appreciation of the greatness of our Savior, the Lord Jesus Christ. 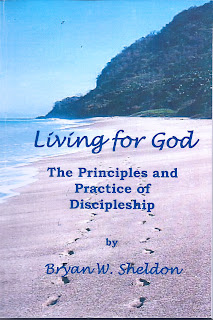 Living for God:
The Principles and Practice of Discipleship

The call to discipleship is seldom heard today. This book places before all those who have been blessed with the salvation provided by the Son of God, the challenge of Christian living. It suggests that it will require the full use of one’s abilities, energy and resources; but while the cost might appear to be heavy, the rewards will be immense and the quality of life will be special. This title revises and enlarges the previous volume ‘Discipleship Considered’. It now includes studies in the lives of Daniel, Joseph, Hannah, Ruth and Esther.
Posted by Mountjoy at 3:27 PM 0 comments