What about the Bible (Part 5)

Let's take our enquiry a little further in this blog. We need to ask, after 2000 years of transmission, is the New Testament record a true reflection of what the gospel writers penned? This question concerns what has happened to the records since they were written down. Suppose the original writers of the New Testament did give us a reasonably accurate account of the character and ministry of Jesus. That was two thousand years ago. The writings have been copied and translated many times since then, so how do we know that they weren’t changed in the process, either accidentally or deliberately?

This question can be answered by considering the testimony of the many manuscripts that have survived from antiquity. For example, in respect of the New Testament, we possess about 5,300 partial or complete Greek manuscripts, as well as an additional 8,000 or so manuscripts of New Testament translations in such languages as Syriac, Armenian, Ethiopic, Coptic, Gothic, Slavic, Sahidic and Georgian. Then we have numerous quotes from early Christian writers from the end of the first century onwards. More than 89,000 allusions to passages in the New Testament have been listed. These quotes help to establish the accuracy of the original text.

This weight of evidence is normally sufficient to assert that the text of the New Testament as we have it, is authentic. Sir Frederick Kenyon, a former Director of the British Museum and one of the greatest authorities on the subject, said in his book ‘Our Bible and the Ancient Manuscripts’: “The number of manuscripts of the New Testament, or early translations from it in the oldest writers of the Church, is so large that it is practically certain that the true reading of every doubtful passage is preserved in some one or other of these ancient authorities. This can be said of no other ancient book in the world.”

Other experts in the field of ancient literature have this to say about the authenticity of the New Testament. Clark Pinnock, Professor of Systematic Theology at McMaster Divinity School in Ontario: “There exists no document from the ancient world, witnessed by so excellent a set of textual and historical testimonies and offering so superb an array of historical data, on which an intelligent decision may be made. An honest person cannot dismiss a source of this kind. Scepticism regarding the historical credentials of Christianity is based on an irrational basis.”

The cumulative effect of this weight of evidence was summed up by F. J. A. Hort of Cambridge University, one of the greatest textual critics of the New Testament, in his book ‘Introduction to the New Testament in the Original Greek’. He said that, leaving aside the comparatively trivial variations between the manuscripts: “the amount of what can in any sense be called substantial variation is but a small fraction of the whole...and can hardly form more than a thousandth part of the entire text.” To quote Sir Frederick Kenyon again, from ‘The Bible and Theology’: “The interval between the dates of the original composition and the earliest extant evidence becomes so small as to be in fact negligible, and the last foundation for any doubt that the Scriptures have come down to us substantially as they were written has now been removed. Both the authenticity and the general integrity of the books of the New Testament may be regarded as finally established.” He also said, “It is reassuring at the end to find that the general result of all these discoveries and all this study is to strengthen the proof of the authenticity of the Scripture, and our conviction that we have in our hands, in substantial integrity, the veritable Word of God.”

Is the Bible really the Word of God?

After all, if Jesus is the most complete revelation of the person and character of God that we have been given, and if He did die on the cross to pay the penalty for our rebellion against Him, and if He is offering to us the incredible gift of his forgiveness and love for all eternity, then it would have been foolish of Him not to have taken steps to see that we had a reasonably accurate account of these things. And if this is so, would it not be foolish of us to reject his love because we imagined wrongly that the record was distorted?

In his book, the Ring of Truth, J.B. Philips reports a radio interview he had with the distinguished classical scholar, Dr. E.V. Rieu, who translated Homer into very modern English for the “Penguin Classics”. Rieu was sixty years of age and a lifelong agnostic when Penguin invited him to translate the Gospels. A year later, Dr. Rieu was a believer, having been convinced by the text. When Philips asked him, “Did you not get the feeling that the whole material was extraordinarily alive?” Rieu replied, “I got the deepest feeling. My work changed me. I came to the conclusion that these words bear the seal of the Son of Man and God. And they’re the Magna Carta of the human spirit.” Reflecting on the experience Philips said, “I found it particularly thrilling to hear a man who is a scholar of the first rank, as well as a man of wisdom and experience, openly admitting that these words written long ago, were alive with power. They bore to him as to me, the ring of truth.”
Posted by Mountjoy at 4:24 AM 0 comments

Labels: What about the Bible? 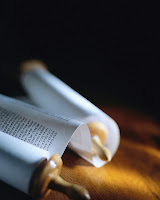 What about the Bible?

In the last blog we suggested the biographies of the life of Jesus of Nazareth were reliable because they were written either by eye-witnesses or by those who received their information first hand from eye-witnesses. But that still leaves us with another question. Were the followers of Jesus themselves deceived ?
Were the disciples of Jesus subject to a deception?
This question has to be faced. If the biographies were, in fact, eye-witness accounts, were the writers themselves, subject to a deception? Were they gullible? Had they been deluded into believing Jesus was someone special? After all, it was 2,000 years ago, and isn’t commonly believed that people of that era were illiterate and uneducated? History presents a somewhat different picture.

Some 300 years before the birth of Christ, an order was given for the building of a great library in Alexandria. This world renowned library became a driving force for learning. Other libraries followed and education was highly valued. In the wake of this fresh impetus for learning, philosophical schools were set up by Plato and Aristotle, and their philosophies spread throughout the empire. It is no surprise that education was highly prized in Jesus’ day, especially among the Jews. Paul who wrote a substantial part of the New Testament was highly educated in three cultures, Roman, Greek and Jewish. The scholar F. F. Bruce, wrote of Paul: “I have learnt to regard Paul as the greatest man who ever wrote in Greek. If anyone should call him the greatest writer of all time, I would not dispute that claim.”
Luke, w

hom we have already met, was an educated Greek. Professor E. M. Blaiklock, who was a lecturer in the classics of Greece and Rome, and who had studied in that field for forty years, said: “Luke is a consummate historian, to be ranked in his own right with the great writers of the Greeks.” Matthew, writer of the first gospel, was a civil servant, an employee in the custom and excise department of the government of Rome. He kept records, calculated taxes and collected money. Even a cursory reading of the New Testament will demonstrate that the people who testified to the facts of the life of Jesus were neither fools nor gullible. This leads us to ask a further question.
Were the followers of Jesus deceivers ?
If the followers of Jesus were not deceived, could it be that they themselves were deceivers? Did they engage in a conspiracy to raise Jesus to a figure of legend? The answer must be an emphatic ‘No!’ Everything we know about them marks them out as honest men. And besides, all were persecuted for their faith, and most were martyred. It is highly unlikely that they would die for a lie. And considering the numbers involved, at least one would have broken ranks and recanted. But none did!
The absence of fictitious material
In support of the belief that the writers of the life of Christ were neither deceivers nor deceived, it could be asserted that there is a distinct lack of fanciful material in the New Testament record. What is commonly called "myth", i.e. fable or legend, is conspicuous by its absence. Many who work in the field of ancient literature have commented on this. Archibald Rutledge wrote: “For more than 30 years it was my chief business in life to study and try to teach literature. To anyone earnestly so engaged there naturally comes a certain ability to distinguish the genuine from the spurious, the authentic from the invented. Every time I read the Gospels I am pressed more deeply with the conviction that the narratives concerning Christ do not belong to the realms of fancy, tradition or folklore…The incidents are such that they could never have been invented; and their effect on the world for 2,000 years has been such as no inventions could have produced. These stories possess that patent transparent validity that belongs only to truth.”
C. S. Lewis, who was professor of Medieval and Renaissance Literature at the University of Cambridge, wrote of his conversion to Christianity in his autobiography, ‘Surprised by Joy’: “I was by now too experienced in literary criticism to regard the Gospels as myths. They had not the mythical taste...nothing else in all literature was just like this … And no person was like the Person it depicted; as real, as recognisable, through all the depths of time, as Plato's Socrates or Boswell's Johnson, yet also numinous, lit by a light from beyond the world, a god. But if a god—we are no longer polytheists—then not a god, but God. Here and here only in all time the myth must have become fact; the Word, flesh; God, Man.”
Posted by Mountjoy at 8:33 AM 0 comments