Gleanings from the Hebrew Calendar

Tishah b’Av (8th/9th August 2011)
The ninth of Av is the traditional collective symbol of the Jewish people’s greatest disasters, failures, sufferings and exiles. Its stature as a 25 hour day of fasting is shared only with Yom Kippur. On the 9th Av in 586 B.C. the Temple was destroyed by the Babylonian forces of Nebuchadnezzar with many deportations at that time. On or about the same time some 600 years after the Babylonian captivity, in 70 A.D., the Roman legions of Titus destroyed the second Temple. Again, on or about the same day in 135 A.D. Bar Kokba’s fortress at Betar fell to Hadrian’s army, marking the end of the last vestige of Jewish self-government until 1948.


For all of these tragedies to coincide on one day takes some interpreting but received wisdom suggest that they are all of a piece. All periods of exile stem from the first events in 586 B.C. which had been brought about by God’s will to punish His people who had besmirched their capital, strayed from His teachings and sinned greatly (especially guilty of the sin of idolatry).


The liturgy of Tishah b’Av includes the five poems of the Book of Lamentations. Observance of this day requires a rigorous confrontation with one’s own weaknesses. It is a day of fasting - and a day when those that observe it are forbidden to wear leather shoes, to bathe, to wash anything. They do not greet friends or acquaintances and the Torah is not studied except for those passages that are immediately relevant to the day. Tefillin are not worn until afternoon prayers because they are considered ‘glorification’.


But even if it is a day of great mourning, at the heart of it there is still hope because Jeremiah’s lament contains the words:
"Through the Lord’s mercies we are not consumed, because His compassions fail not. They are new every morning; Great is Your faithfulness. ‘The Lord is my portion,’ says my soul, ‘Therefore I hope in Him!’ The Lord is good to those who wait for Him, To the soul who seeks Him. It is good that one should hope and wait quietly For the salvation of the Lord." (Lam.3:22–26)
Posted by Mountjoy at 8:30 PM 0 comments 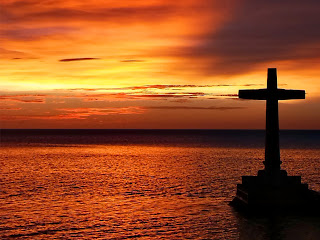 We return to an earlier theme which we had left some weeks ago, that of the Messiah and the Priesthood of Israel. 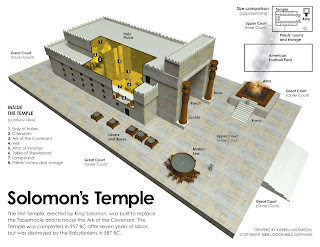 Living for God in an Uncertain World

The Book of Esther (Continued)

The Unseen Hand of God was still at work
That night the king could not sleep and so called for the journal of recent events to be read to him. Mordecai’s act of loyalty was listed in the records and so was brought to the attention of Xerxes, who asked if this faithful citizen had been rewarded for his deed. When he was advised that nothing had been done for him, he decided that Mordecai should be honoured without delay. He called for a counsellor and Haman was escorted into his presence. Haman, armed with less than the complete picture, believed that the king wished to honour him, and suggested a public reward that he would enjoy, that is to be dressed in the king’s robe, and ride the king’s steed, and have a herald precede him declaring the greatness of his person. Even as Lucifer said, “I will make myself like the Most High” (Isaiah 14:14), so Haman echoed that ambition in his unimaginative request. But Lucifer learned that pride comes before a fall, and Haman did likewise. When he found that he had to personally escort and praise the very man who refused to honour him, he was inconsolable. The inevitability of his fall was then predicted by his nearest family and friends when they began to understand that Mordecai was receiving help from an unseen source. 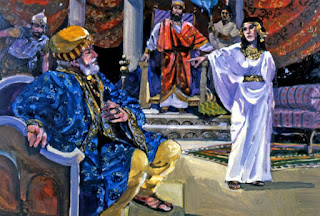 True to his promise the king attended Esther’s banquet where she unfolded the plight of her people and herself. She still did not identify herself as Jewish at this point, only that she would be one who would suffer from this plot formed against one of the nations of the empire. The king asked who had done such a vile thing. Haman was accused. Xerxes, in some distress left the room, while Haman remained to plead for his life with Esther. When the king returned, he believed that Haman, in his absence, had behaved improperly towards his Queen and ordered his execution. The gallows that had been prepared for Mordecai was used to carry out the punishment, so fulfilling for Haman, the proverb “whatever one sows, that will he also reap” (Galatians 6:7).
The king’s signet ring was given to Mordecai to reverse the effects of the edict. Haman’s property was confiscated and given to Esther, and Mordecai was appointed to oversee it. So now the Jewish nation celebrates this great deliverance annually at the feast of Purim.
Is Esther a book of coincidences or is it the providence of God?
No. 1: Out of a myriad candidates Esther was chosen as queen. (No coincidence – as Mordecai expressed, ‘who knows if you have come to the throne for such a time as this?’)
No.2:  Mordecai learned of an assassination plot. (No coincidence, according to the ancient Jewish writings. It was accomplished only with the help of God).
No.3 : The king could not sleep, learns of Mordecai’s loyalty and thus was prompted to reward him. (Xerxes, like Nebuchadnezzar before him, had to be compliant to the will of God.)
Other Examples of Providence
Are we confident in seeing the unseen hand of God working for the protection of His ancient people in Esther? Are there any other Scriptural incidents in which God is working His purpose out in hidden ways? It seems there are many.
For example, Eliezer, Abraham’s servant was sent to look for a bride for Isaac. He prayed, “Let the young woman to whom I shall say, ‘Please let down your jar that I may drink,’ and who shall say, ‘Drink, and I will water your camels’—let her be the one whom you have appointed for your servant Isaac. By this I shall know that you have shown steadfast love to my master” (Genesis 24:14). Rebekah was that woman. It was a sensible test, inasmuch as Eliezer was looking for a woman who would demonstrate ‘hesed’, that is, ‘loving-kindness’, a quality highly thought of by God and men. Rebekah demonstrated ‘hesed’ to a stranger and Eliezer identified the hand of God in the incident. He said, “Blessed be the Lord God of my master Abraham, who hath not left destitute my master of his mercy and his truth: I being in the way, the Lord led me to the house of my master’s brethren” (Genesis 24:27, KJV).
Also the life of Joseph demonstrated the guidance and protection of God. The unseen hand of God is apparent in his elevation to a position in Egyptian life where he could exercise influence for good to the nations of that part of the world. This was in spite of several obstacles. He summarised his experience: “God sent me before you to preserve for you a remnant on earth, and to keep alive for you many survivors. ” (Genesis 45:7, ESV)
The life of William Cowper also springs to mind. Having endured many setbacks and suffered severe depression, he moved to Olney where he became great friends with John Newton. He and Newton co-authored the Olney Hymnal, of which Cowper authored 68 of the hymns. They include: “O for a closer walk with Thee” and another which he wrote after reading of the forgiveness of God in Paul’s letter to the Romans. It suggests that Cowper knew something of the working of God in providence.
God moves in a mysterious way, His wonders to perform
He plants His footsteps in the sea, and rides upon the storm.
Deep in unfathomable mines of never failing skill
He treasures up His bright designs and works His sovereign will.
Ye fearful saints fresh courage take, the clouds ye so much dread
Are big with mercy and shall break in blessings on your head.
Judge not the Lord by fearful sense but trust Him for His grace;
Behind a frowning providence He hides a smiling face.
His purposes will ripen fast, unfolding every hour
The bud may have a bitter taste, but sweet will be the flower.
Blind unbelief is sure to err and scan His work in vain.
God is His own interpreter and He will make it plain.
We must be assured that God is working His purpose out as year succeeds to year. Let us make sure we are a part of His plans for ‘who knows whether we are where we are for such a time as this’. How can we ensure we are in the centre of God’s will? Let us imitate Eliezer who said, “I being in the way, the Lord led me”. Walk according to light you have and more light will be given.
Posted by Mountjoy at 8:00 PM 0 comments