The Messian and His Miracles (Continued) 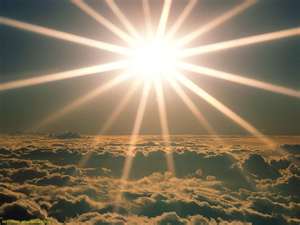 The importance of the resurrection/ascension of Christ.


The Messiahship of Jesus of rests on His resurrection/ascension. When they asked Him for another attesting sign, He promised the sign of the prophet Jonah, the sign of death and resurrection. If He did not rise from the dead, then the Jewish leadership would have been right in refusing to recognise Him as Messiah.


The Divinity of the Messiah rests on His resurrection/ascension. Jesus Christ was: “declared to be the Son of God with power according to the Spirit of holiness, by the resurrection from the dead.” [1] As previously mentioned, not only did He have power over His own life, but was able to permit His enemies to participate in His death knowing He could take His life up again. He said: “Destroy this temple, and in three days I will raise it up … but He was speaking of the temple of His body”. [2]  This power over life and death is divine!


The Sovereignty of the Messiah rests on His resurrection/ascension. Paul wrote: “For to this end Christ died and rose and lived again, that He might be Lord of both the dead and the living”. [3]


The Present Intercessionary Ministry of the Messiah rests on His resurrection/ascension: “It is Christ who … is … risen, who is even at the right hand of God, who also makes intercession for us.” [4]


Our Regeneration rests on His resurrection/ascension: “Blessed be the God and Father of our Lord Jesus Christ, who according to His abundant mercy has begotten us again to a living hope through the resurrection of Jesus Christ from the dead” [7]


Our Present Life rests on His resurrection/ascension:  “… just as Christ was raised from the dead by the glory of the Father, even so we also should walk in newness of life.” [8]


Our Resurrection rests on His resurrection/ascension:   “But now Christ is risen from the dead, and has become the firstfruits of those who have fallen asleep … For as in Adam all die, even so in Christ all shall be made alive. But each one in his own order: Christ the firstfruits, afterward those who are Christ’s at His coming”. [9]

The Messiah and His Miracle 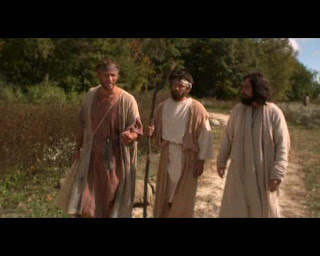 The Importance of the Resurrection Appearances to the Disciples


As we indicated last time, the resurrection appearances were not for the nation, but for the disciples. They confirmed those major truths that have engaged us:
(b)          The truth that Jesus is God incarnate.
The resurrection appearances of Christ are in harmony with the truth of His deity. The ones that John records are consistent with the view that Jesus is the Memra/Logos/Word, and as such is divine, the visible representation of God while remaining distinct in Himself. If that is so, then there must be elements in His appearances and ministry during the six weeks after Easter Sunday that point to Him as the agent of creation, revelation, salvation and the signatory to the New Covenant.
In the first resurrection appearance, the Messiah’s words to Mary carry certain implications. He instructed, “go to My brethren and say to them, ‘I am ascending to My Father and your Father, and to My God and your God’”.[1] He did not say, ‘Our Father and our God’. Many of the Church fathers called attention to this expression, as expressly designed to differentiate between what God is to Him and to us - His Father essentially, ours not so: our God essentially, His not so: His God only in connection with us: our God only in connection with Him.
Then again, when He miraculously arrived among the disciples in the locked room where they were hiding, Jesus gave them amazing gifts suited to their immediate needs and only available from God Himself. First, He granted them peace.[2] It can only be imagined all that was happening in at that time.  The disappearance of the body of the Messiah, with all that that implied, must have invigorated an investigation of the Messianic movement with the design of silencing any that remained loyal to Jesus of Nazareth. If they remained in hiding, there was an element of safety; but if they began a public ministry, their lives would be in jeopardy. After Pentecost, some did pay with their life for their loyalty to the Messiah. In such circumstances, peace was the best gift that Jesus could have given them, a peace that did not depend on circumstances, a peace that only the God of peace could provide, a peace that surpassed all understanding,[3] a peace that would guard both heart and mind.
Then they were given, the gift of the Spirit of God.[4] They had a relatively short period to receive instruction from the resurrected Messiah, during which time they had to master facts about His death and resurrection. These were to be the foundation for mighty truths and principles that were, in turn, to be the foundation of Christology for the Church.  A set of facts, and a body of truth, which would have to last Millennia, for the Messiah would never write a book.  He would only pass on the information verbally. Accordingly, they needed the Spirit to lead them into all truth, and take the things of the Messiah and bring them to mind. The truths that they would disseminate would forever be the life blood of the Church and essential ingredients in evangelism and teaching.  Jesus Messiah “breathed on them, and said to them, ‘Receive the Holy Spirit,’”[5] adding “if you forgive the sins of any, they are forgiven them; if you retain the sins of any, they are retained.”[6]   The deity of Christ is the baseline here, since only God can dispense the Spirit of God and give the authority to bind and loose sins.
The miraculous catch of fish at the , must have reminded them, that all nature belongs to Him. As John remarked: “All things were made through Him, and without Him nothing was made that was made”.[7]

(c)           The truth that Jesus is the ‘lifted up’ One.
To Mary, in the very place where both Israel and Rome tried to keep Him in the tomb as the ‘cast down’ one, He spoke of a continuing ascent, which commenced with the resurrection but would only cease when He reached the ‘highest place that heaven affords’ - the throne room of God.  “Jesus said to her, … ‘I am ascending to My Father and your Father, and to My God and your God’.”[8] Mark wrote, “He was received up into heaven, and sat down at the right hand of God”.[9] The actual ascension, witnessed by the disciples, demonstrated the reality of this truth.
(d)          The truth that Jesus had the serpent in subjection
The resurrection of the Messiah, returning from Hades, and appearing in a fashion that demonstrated the future, eternal character of the resurrection bodies of the saints, indicated how complete His victory over Satan was.   Never before had the Devil, who had the power of death, (Heb.2:14) lost one from the tomb.   There were those that had been raised from the dead before, but they always returned to the grave.  But this time it is different.  The new body is incorruptible, immortal, glorious, and spiritual. (1 Cor.15:43,44,53) It is not subject to natural laws - it can pass through walls - travel at the speed of thought - and clothe itself. In fact, although flesh and bone, it has the Spirit as its engine, not the flesh.  ‘Walking in the Spirit’ is a true description of the activity of the resurrection body. The Messiah “abolished death”. (2 Tim.1:10)   Such was His mighty victory over Satan.
(e)           The truth that Jesus can forgive sins.
He exercised this prerogative of deity when He included them in the ministry of salvation, “If you forgive the sins of any, their sins have been forgiven them; if you retain the sins of any, they have been retained.” (John 20:23 NASB) While He does not abdicate His divine position as the forgiver of sins, He allows the Apostolic band to be associated with Him in this vital ministry. The main purpose in this delegated authority is to lay the ground rules for the dispensing of spiritual blessing in the new entity, the Church.
More Next Time