The Feasts of the Lord

THE FEAST OF FIRSTFRUITS AT THE TIME OF THE MESSIAH 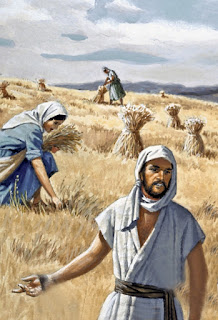 The practice at the time of the Messiah called for a special delegation from the Sanhedrin to visit the barley fields the afternoon before the Passover and identify the location where the first sheaf was to be harvested. It would be bound in sheaves while it was still standing. The place and time of the ritual (the evening before the Feast of Firstfruits) would be publicized so that a crowd would gather and the sheaf could be harvested with great ceremony. Either one man with one sickle and one basket, or three men with three sickles and three baskets, would be allocated to perform the task. The ceremony included the involvement of the spectators. The agent of the Temple would ask the onlookers, “Has the sun set yet?” They were required to answer, “Yes”. This was repeated twice more. Then he would ask, “With this sickle”, and again they would answer “Yes”. This would also be repeated twice more. The ceremony would continue with the question, “With this basket”, with its answer “Yes”, and lastly “Shall I reap” with its response, “Reap”. Everything was repeated three times. In the Temple the ears were threshed and parched, winnowed and ground and sieved through thirteen sieves before oil and frankincense were added. Then one omer (5.1 pints) was offered to the Lord. The rest of the harvest could not be brought in until after the offering of the omer. Once the ceremony had been completed, the count of the fifty days to the Feast of Weeks could begin. This period is known as ‘the counting of the Omer’.
THE FEAST OF WEEKS (HAG HASHAVU’OT)