Discipline of the Spirit

We continue our study by considering the matter of prayer. 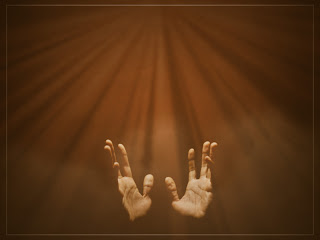 I am the least qualified to speak on this subject. For this I would direct you to mighty men of prayer like George Muller and Edward McKendree Bounds. But I may be permitted to write just one or two lines that may help. First, that the word discipline is less suited to this area than the previous two. It is true that we should make prayer a habit. Paul wrote, “Pray without ceasing” (1 Thes. 5:17); and since there will be those times when you are aware, in the service of the Lord, that you are wrestling with principalities and powers and spiritual wickedness in high places, that is, opponents that never rest, you have to resolve to persevere in prayer. With confidence in God, effectual prayer must be the watchword. “Be anxious for nothing, but in everything by prayer and supplication, with thanksgiving, let your requests be made known to God” (Phil. 4:6). Sir Thomas Buxton said, “You know the value of prayer. It is precious beyond all price. Never, never neglect it.” Edward Payson said, “Prayer is the first thing, the second thing, the third thing … pray then … pray, pray, pray.” The prophet Daniel was aware that if you want to affect things down here, then you have to address yourself to the throne. The Bible is full of examples of people of prayer, including all the greats – Moses, David, Elijah, Daniel and Paul, but especially the Son of God Himself, our precious Saviour, the Lord Jesus. If His work could not be accomplished without prayer, then we would be foolish to neglect this wonderful resource that God has placed at our disposal. When the Lord impressed on the heart and mind of Rees Howells, founder of the Bible College of Wales, the importance of the exhortation, “Pray without ceasing”, he decided that, to be continuously in the attitude of prayer would require him to go bare-headed, everywhere and always, since a man should wear nothing on his head when in prayer. To our minds this sounds like a small thing, but in his generation he became a fool for Christ’s sake since was customary for all men to wear a hat when out of doors.
2. PRAY UNSELFISHLY

The weapon of ‘all-prayer’ as it is called in ‘Pilgrim’s Progress’ is of such value that we aught to ensure that we use it to its best effectiveness. Many of our prayers come under the category of ‘bless me and mine’. These are not unimportant, but our judgement may be clouded when evaluating if they are directly in the will of God. Jesus said, “… do not worry, saying, ‘What shall we eat?’ or ‘What shall we drink?’ or ‘What shall we wear?’ For after all these things the Gentiles seek. For your heavenly Father knows that you need all these things. But seek first the kingdom of God and His righteousness, and all these things shall be added to you” (Matt. 6:31-33). It is quite acceptable to pray, “Give us this day our daily bread” (Matt. 6:11), but perhaps it should come, as it does in the disciples’ prayer, after “Thy kingdom come. Thy will be done in earth as it is in heaven” (Matt. 6:10).

This matter of praying ‘Thy will be done’ is of vital importance when considering the matter of faith. It is impossible to have faith if the prayer is not in the will of God – and it is impossible to have answers to prayer without faith. It seems to me that God has everything for faith and He has nothing for unbelief. James, the leader of the Jerusalem church, was a person known for his godly life and testimony. Early church history tells us that he spent so much time on his knees in prayer that they became calloused and difficult to bend, and when they tried to bury him they were unable to straighten his legs. So it is to be expected that he would have something to say about prayer in his letter to Jewish Christians, and he has. He remarks,


“If any of you lacks wisdom, let him ask of God, who gives to all liberally and without reproach, and it will be given to him. But let him ask in faith, with no doubting, for he who doubts is like a wave of the sea driven and tossed by the wind. For let not that man suppose that he will receive anything from the Lord” (Jas. 1:5-7).
4. PRAY INTELLIGENTLY

The key to answered prayer is praying in the will of God. While there are elements of prayer that are simply the lifting up of the heart in praise to the God who has done so much for us, those prayers that require an answer are surely the ones that God has first given. In other words, prayer first comes from God before it returns to God. The prayers He answers are the prayers He gives. In this connection, it seems that an essential pre-requisite to approaching God in prayer is to read the Scriptures. Daniel was given a prayer to pray. He needed to pray that the Babylonian captivity of the Hebrew nation should be ended. How did he know what to pray and when to pray it? He identified it from his reading of the prophecy of Jeremiah.

“In the first year of Darius the son of Ahasuerus, of the lineage of the Medes, who was made king over the realm of the Chaldeans - in the first year of his reign I, Daniel, understood by the books the number of the years specified by the word of the LORD through Jeremiah the prophet, that He would accomplish seventy years in the desolations of Jerusalem. Then I set my face toward the Lord God to make request by prayer and supplications, with fasting, sackcloth, and ashes” (Dan. 9:1-3).
This prayer was violently opposed and was certainly one of the reasons why a satanic plot against him was formed. Nevertheless, Daniel was confident that the prayer was in the will of God and therefore would be answered, even though he was threatened with execution. The Bible is essential reading if we wish to know the will of God. Even if we are not given a clear prayer task like Daniel, nevertheless the proper appreciation of the heart of God, as revealed in His Word, is perhaps the greatest encouragement for us to enter His presence and look to Him for help.
4. PRAY SPECIFICALLY
How do we know if our prayers have been answered? We will not if we haven’t made them specific enough? Scientists engaged in research apply all their knowledge in the pursuit of an identifiable goal, and make a note of every separate element of any experiment they conduct. Because they have been specific in their objective, they know when they have achieved it, and can repeat it, if necessary. Similarly, it would be right and proper to bring clear requests to God, thereby enabling us to know whether they have been answered or not. Daniel’s prayer previously quoted is a clear example. This does not mean that general prayers should be jettisoned. We should still pray, “Your will be done On earth as it is in heaven” (Matt. 6:10).
5. BUT ALSO MAKE PRAYER COMMUNION WITH GOD
The example of the Saviour highlights an important aspect of prayer, that is, communion with Father – enjoying his company and sharing mutual concerns. It would be impossible to imagine that when Jesus spent a night in prayer it was to bring a list of requests or plead for a response to his petitions. When outside the grave of Lazarus He was able to state, “Father, I thank you for having heard me. I knew that you always hear me” (John 11:41-42). His prayer life was surely weighted heavily in the direction of communion with the Father. So should ours be. 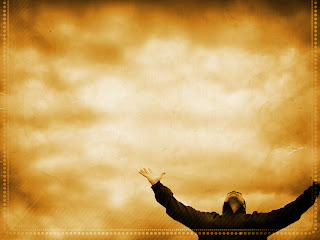 Asking God for things could be considered minor if the essence of prayer is to seek God Himself. The basis of Christian experience is faith, and the expression of that experience is prayer; therefore the heart of that experience is communion. Disciples will find no better place to reinvigorate their walk and witness than resting in the presence of the Lord. Moses spoke of God as his dwelling place. Psalm 91 speaks of dwelling in the secret place of the most High and abiding under the shadow of the Almighty. Jesus advised his disciples to ‘abide’ in Him. We must learn to dwell in the multi-faceted character of God and then because we made the LORD, even the Most High, our dwelling place, no evil shall befall us.
Next Time - the discipline of the will.
Posted by Mountjoy at 6:29 PM