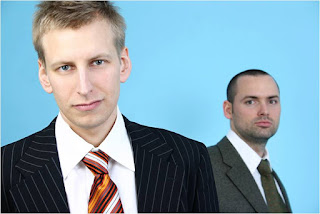 BE PREPARED TO WORK WITH OTHERS
We continue our study by considering the need to work with others. More can be accomplished by two working together - and this is further improved by a team of three.
(a) WORKING IN A SMALL TEAM
When Jesus sent out His disciples He sent them out two by two, fulfilling a Scriptural principle, ‘Two are better than one; because they have a good reward for their labour. For if they fall, the one will lift up his fellow: but woe to him that is alone when he falleth; for he hath not another to help him up … And if one prevail against him, two shall withstand him; and a threefold cord is not quickly broken’ (Ecc. 4:9-12). The greatest missionary of the early Church worked in a small team. Instead of being an individual individually led, it was a team selected by the Holy Spirit to take on a larger work. It began in the church at Antioch where there were a number of ministering brethren. To this group, the word of the Lord came, ‘Separate me Barnabas and Saul for the work whereunto I have called them’ (Acts 13:2). It was in this fashion the first missionary team was commissioned. The two man team that started off the first missionary journey was soon supplemented by a third, John Mark. This section of Acts demonstrates some of the principles that govern Christian work in terms of a small team. In addition to gift and guidance that are needed for the workers personal walk and ministry, there is added a need for leadership, loyalty and harmony.
(i) Leadership: While Barnabas was the senior member of the team, (he it was, that fetched Saul from Tarsus to Antioch), it was not long before Saul stood forward as leader. At the first crisis of the journey, on the isle of Paphos when they were opposed by Elymas the sorcerer, his leadership qualities surfaced. Thereafter he was the one that led the missionary team and Luke, the historian, refers to the little team as ‘Paul and his company’. And it is after this first missionary journey that the church at Jerusalem recognised Paul (his preferred name for this ministry) as the apostle to the Gentiles.
(ii) Loyalty: If God’s work is progressed by a team, then Satan will seek to divide it. Therefore there is need for loyalty. The enemy of souls will often pick on the weakest link and on the first historic missionary journey, the decision of John Mark to turn back is relevant. The Bible does not tell us the reason for his defection but it occurred as soon as Paul stepped forward as the leader of the team. It was then that John Mark, a close relative of Barnabas, decided to leave. It impacted on both the first and second missionary journeys. When Barnabas wanted to recruit him for the second journey Paul objected. So sharp was the disagreement that Barnabas separated from Paul, and disappeared from the page of Scripture. 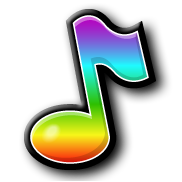 (iii) Harmony: The ministries of Paul and Barnabas were different to each other. They complemented each other and were not in competition. Their differences are evident when we read of the event that took place at Lystra. The naming of the two apostles by the residents there was based on the difference in their appearance and the difference in their ministry. Paul was thought to be Hermes as he was the principle speaker. Barnabas, who had a more commanding appearance, was named Zeus. When they were chosen as God’s first missionary team to the Gentiles, they already had a history together which suggested that they would be able to work together without friction and without jealousy. At the time the Church at Antioch was growing, Barnabas recognised the need for someone to take on duties that he could not fulfil. It was then he went to Tarsus to rescue Saul from obscurity, so when the Spirit of God was looking for a team to take the gospel to a wider public, they already had a working relationship that could be used by the Lord.
When the two missionaries were supplemented by other workers, they also followed the same principles. Besides recognising the leader chosen by the Spirit of God, and being fiercely loyal to each other, they also brought different gifts that harmonised with those of Barnabas and Saul. For example, they were joined by Luke, Physician and Diarist; and Timothy who was discipled and became a Pastor of note.
(b) WORKING IN A CHURCH ENVIRONMENT 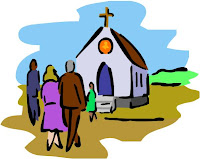 Sometimes we are called to work in a larger company of people. While it seems that evangelism is best achieved by smaller teams, worship is a corporate activity and in the Church setting, many ministries are used to bring glory to God. The Scriptural paradigm is the body, expressed as the body of Christ, in which every part of the body has something to bring to the whole: the eye with its seeing, the ear with its hearing, and so on. The ministries that take place in the assembly of saints are different to the ministries needed to take the gospel to a wider public. When the Church meets together it is to worship the Lord and encourage and teach the saints. While the more obvious ministries spring to mind – pastor, teacher, musician – they must be supported too. As Paul and Barnabas were supported by many others so also within the Church environment there is need for support ministries – like hospitality, helps, etc. But here the same principles apply. There is a need for leadership, loyalty, harmony. Added to these is the aim that all should be blessed and benefited.
The Church, like society in general, is an organism where sometimes individuals are required to conform to certain standards in order to live peacefully with the others in their Christian community. When numbers are large then often individuality is sacrificed for efficient organisation. It is the view of some that it is one of the main problems of government. Legislation is often passed to protect the rights of the many, but sometimes it damages the rights of the few. How to balance the rights of the many with the rights of the few has always been one of the most difficult challenges of government. The first believers in Jerusalem faced this problem. The numbers coming to faith in Jesus the Messiah were enormous, several thousand at a time. The arrangements that were put in place had to accommodate the large number of believers and the early chapters of the book of Acts deals with the company as a whole. It says, all who believed “were together, and had all things in common”, (Acts 2:44) and “were of one heart and one soul; neither did anyone say that any of the things he possessed was his own, but they had all things in common”. (Acts 4:32) There is little talk of individuals – even Peter is said to have stood up with the eleven. The emphasis is on the corporate – but the corporate depends on individual ministries to maintain its health. If God calls you to work in a Church environment, do not sacrifice individuals on the altar of corporate ambition.
(c) BE COMFORTABLE IN YOUR MINISTRY
Joni wrote a song in which she postulated that God was the author of a great play in which we all have a part. She included a line which said, ‘Help me play the part you wrote for me’. We must understand our place in the body of Christ and not be pressured into conforming to any stereotype set by others.
God wrote a part for Saul of Tarsus. No-one would have said that he fitted any template for a Christian worker. It appears that he was physically repulsive – he praised the Galatian believers because they did not recoil at the sight of him. His bodily presence was weak. He had been beaten many times as well as stoned – all of which had not only left him in very poor physical condition, but also deformed. In addition, his speech was neither fluent nor captivating – yet he was a chosen apostle, church planter, and an extraordinary missionary. But there was no doubt that Paul had his place in the work of God. He defended his apostleship with vigour. At no time did he allow anyone to get him to conform to the views of others.
Peter had a part written for him. Jesus had bolstered his self-esteem and re-commissioned him. And how he responded! On the day of Pentecost he stood up and preached a message that was both aggressive and loving. Furthermore, he stood up to the Sanhedrists, and they were amazed because they knew he was a Galilean who had not gone through the Rabbinical schools, yet was able to speak with authority to the leadership of the nation. They recognised that he had been with, and taught by, Jesus. However, he did hit a problem. When he was at Antioch, visitors from Jerusalem, Judaizers, pressed Peter to conform to their view as to how a Jewish Christian should act, and tried to squeeze him into their mould. To begin with he yielded and ceased table fellowship with Gentile Christians in an effort to retain their approval. Paul, who was much clearer on the issue, rebuked him, and Peter recognised his error and reformed his conduct. He should have known better, because he had already learnt the lesson when Jesus sent him to the home of Cornelius.
Christians who make a difference know the part that God has written for them and are happy with that part. And in that knowledge they are comfortable with their relationship with Him, and have an inner peace. Those that have spent time in the school of the Spirit and followed the path mapped out for them by the Lord know they have a value to the Saviour. It is not based on natural gift or ability, but on spiritual integrity. Therefore they have a sense of self-worth. This is not the same as self-confidence. Those who wish to make a difference know that they cannot rely solely on natural talent. Spiritual ends are accomplished by spiritual means. Nevertheless, they know that God has chosen them, equipped them and trusts them, and are therefore comfortable in themselves and in their place in the body of Christ.
Posted by Mountjoy at 6:38 PM